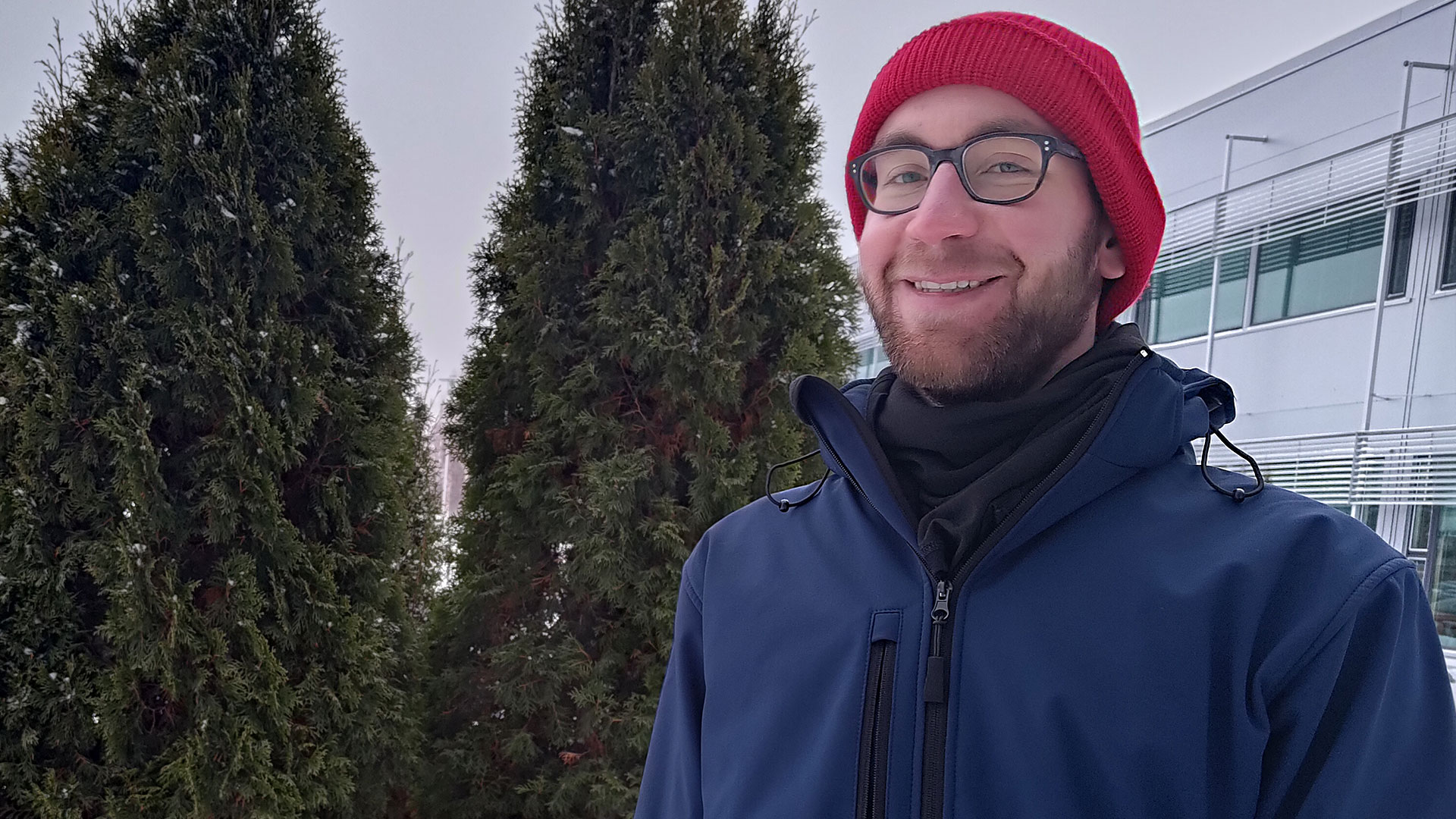 In 2022, Technology Industries Finland challenged companies to hire experts from among international students. The goal of the campaign was to give the students Finnish working life experience, because although 20,000 international students study in Finland every year, experience of Finnish working life is left limited for many of them, resulting in most of them emigrating after graduation. At the same time, there is a shortage of experts in companies. To alleviate both problems, Technology Industries Finland has lowered the threshold for hiring international talent and urged companies to challenge one another.

Innokas decided to take part in the challenge, and we would now like to introduce one of our new international experts. We asked him for his thoughts on studying and working in Finland.

Ondra, originally an exchange student from the Czech Republic studying biomedical engineering, joined us in November 2022 and now works at Innokas as a Software Engineer. Although circumstances of Ondra’s exchange were challenging, he did not let difficulties get in the way of his experience.

"The exchange was originally intended to last three months due to uncertainty of the circumstances, such as with ongoing pandemic. Additionally, the exchange experience was somewhat limited during the three months I got to have, and after the planned time was up, I felt like staying longer. I decided to extend the exchange for a year, even though the process was taxing, and I financed some of the exchange myself to ensure the extension. But I was ready for that, as I really wanted to stay longer.”

Ondra says that already during his first two months he felt right at home. Therefore, in May 2022, he decided that he would stay in Finland even longer, at least for two years. At the same time, he began to look for work.

"The job hunt didn't produce many results at first. I was doing my first year of PhD in Biomedical Engineering meanwhile, but my primary goal was to get employed. I was inspired to try working in non-academic environment for a change."

In late summer, he unexpectedly received a LinkedIn message asking him for a job interview with Innokas. Ondra laughs, saying that being contacted like that surprised him, as he found his LinkedIn profile very plain at the time.

"I only had the bare minimum in my profile, so I wasn't expecting anyone contacting me directly. Of course, I agreed to be interviewed, and everything went well," Ondra says. However, starting in the new position was delayed due to practical matters. For example, it is advisable to acquire a bank account offered by a bank operating in Finland well in advance during the job search. The Technology Industries Finland campaign, as well as other similar campaigns, offer practical tips on how to deal with such issues.

Although Ondra has not worked at Innokas for long due to some delays, he already sees clear advantages in the work culture compared to his country of origin.

"I feel a certain sense of community. We strive to achieve the best result together as a team, and there has never been a situation where people begin dispersing into different directions with the project. Our common goal is always a priority. People are also very open to feedback; everyone seems to want to improve in their work, which resonates with my own ideals. Moreover, Finns are quite modest about their English language skills. Almost everyone knows how to communicate in English, even when they claim otherwise. I’m trying to learn Finnish, so sometimes I must spontaneously change the language of conversation into Finnish, even though I and the person I’m speaking with both know English," Ondra laughs.

The kindness and generosity present in the work culture has also surprised Ondra. He is amused as he tells a story in which he offered to fix a faulty electronic form during his studies.

"When I was done, to my surprise, the CEO of the company that made the form sent me Finnkino's movie tickets as a thank you for the help. I went to see Tunturin Tarina. Even though I could not understand the Finnish and Swedish subtitles that well, the cinematography was amazing.”

Reflecting on how he ended up choosing Finland as his exchange country, Ondra identifies three reasons for the beginning of his journey.

"Several of my university colleagues were here ten years ago. I also have a friend who is from Oulu. Now he's in Prague and I'm here," Ondra says with a smile. "The third reason is the beautiful nature over here. I think it's great that you can take just a ten-minute biking trip and end up in a forest, as that wouldn’t be possible in a city like Prague. I've been hiking and thought I'd try ice fishing when the opportunity arises. And of course, who could forget sauna. Oulu has two floating saunas, and winter is the best time to visit; nothing beats the exhilaration of getting from hot sauna into the icy river water!”

Ondra wants to encourage other international experts to keep trying even when there is uncertainty and difficulties along the way. Although his own path to employment in a Finnish company was challenging, he is grateful about the opportunities he was given.

"Have courage, don’t give up, and meet luck halfway. Even when you’re concerned whether you’ll fit in, you might be surprised”